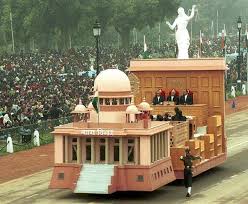 The Bench of Justice N.V. Ramana and Justice Mohan M. Shantanagoudar in their judgment referred, Mulla’s and Syed Ameer Amil’s Principles of Mahommedan Law, where sahih as valid, batil as void and fasid as invalid marriage and these marriages are clearly distuinguished. Court said, void marriage are illegitimate that batil and fasid cannot be stated as same.

The court further observed that any marriage between a hindu women and muslim male are ‘fasid’ which is irregular marriage per the Mahommedan Law.

The Bench uphold the kerala high court order, Justice Shantanagoudar said it is not out of place to consider, since Hindus worship with fire, flowers, adornment, etc to their idol, and also per Mahommedan Law such marriage is neither regular nor valid (sahih) marriage, but it is an fasid marriage, which is invalid marriage.

Polio Vaccination postponed due to lack of fund

Children Victimised under Dowry Harassment, Booked 4 minors including 15 in Family